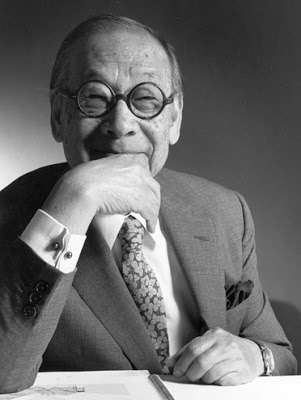 An idol in the heart of a person who exemplifies the inspiration. Pei Ieoh Ming the great architect in modern architecture. I.M.Pei or Pei Ie Ming (Pei Ieoh Ming), the great architect in modern architecture. With the idea that architects should take into account the climate and historical significance. Pei’s architecture is a mix of classical and modern. By using simple materials such as glass, stone, etc., consistent with the climate and history. Resulting in humility and respect for the local context Rather than a striking new architecture Tear away from the original, such as the design of the glass pyramid in front of the Louvre Pei is thus very well known for his museum design, many of his works have been recognized for his potential in this field.

In addition, Pei has a number of design achievements in Asia, such as the Bank of China building. High rise buildings in hong kong And also specializes in museum design. Such as the Miho Museum in Japan, the Islamic Art Museum in Qatar. Or even the Suzhou Museum in his hometown Which are all very attractive buildings at first sight As a result, Pei received many awards, confirming its achievements such as the AIA Gold Medal in 1979, the Pritzker Prize in 1983, and the Premium Imperial in Architecture in 1989.สถาปนิก